Take a Good Look at Yourself
Who do you see in the photo?
What is your first emotion?
Whose side are you standing on?
Who are you?

On the surface, this photo is a young woman confronting a line of armed riot police. The time is 2020. The location is a US city embroiled in conflict over police brutality and racial injustice.

At a deeper level, this is a picture of you.

You are the strength and courage of the feminine staying strong in the face of male power, vulnerable, undefended, pleading for them to disarm.

You are strength and courage of the masculine, armed for battle, righteous in his cause, shielded, unfeeling, uncertain whether to crack her skull or nurse from her breast.

This is your country, your family, your relationships, your parent’s marriage, your divorce, your children.

As much as we want to project a “me against them” narrative to identify with one and reject the other, the reality is that all of us have the consciousness of the innocent and the guilty within us. It’s a biological fact that we are the compilation of the previous 12 generations of women and men who conceived our ancestors. We are certain to find all we despise and reject, and all we embrace and celebrate coded in our DNA.

This 3-month program is calling…

* Adults in mature transition who know the best is still to come. If you are empty-nested, recently separated, newly coupled, widowed, exploring the waters of sexuality or non-binary gender, this is an accepting community that is for all of those, but not expressly about them

* Alchemists, social activists, shamans, entrepreneurs, healers, plant-journeyers and mystics. This is a place to open the fields of non-ordinary consciousness with co-minded travelers led by an masterful guide. We will dive deep into the darkness and rise high into the light, always open to mystery and certain to arrive safely home.

* Psychics in hiding. Admit it… you have had experiences with telepathy, mediumship, presentience or other psi phenomenon – so many that you can no longer brush them off to conform to scientific norms. You want to normalize your intuitive abilities and put them to use to make your life even more interesting, satisfying and fulfilling.

* Gen-Xers and Millennials who want the quick version of WTF is going on here on Earth. By 2030, the Boomers will have turned their mess over to you. It’s your time to become the inventors of humanity’s future.

This class offers a phenomenological and experiential map of where we came from, how we got here and what pathways lead us forward into a new evolutionary way. When you were taught that “myth” is a false story and “magic” is false deception and “mind” is what your brain makes, you were indoctrinated into the corporate/scientific worldview that came of age in the 1600s.

The modern worldview was born in 1600, when a group of London merchants formed the first global shareholder corporation, the British East India Company. This single entity, the parent of all global corporations to follow, would soon control 50% of world trade. With the rise of corporate power, came a need for a new universal belief system. The answer was Science.

In 1618, mystic Johannes Kepler, the Imperial mathematician and astrologer to the Holy Roman Empire, completed Harmonice Mundi (Harmony of the World). With mathematical precision, he was the first to prove that the Earth orbited the Sun, not the other way around. His map of the modern solar system used sacred geometry to reveal the ultimate secrets of the universe in an all-embracing synthesis of mathematics, music, astrology, astronomy, and spiritual wisdom.

Instead of uniting humanity around the reality of cosmic consciousness, the shockwaves of displacing the Earth from the center of God’s creation, opened the door for creating a new a-moral religion. The impact was that from then until the present day, science divorced from religion, religion from art, chemistry from alchemy, astronomy from astrology, embodiment from transcendence and matter from mind.

Between them, global corporations and the Scientific Revolution bequeathed a dead universe to humanity. In it, individual human consciousness does not co-create with spirit, but is terrifyingly alone, trapped in a chemical brain, located on a speck of dust in an infinite void.

In this epic cultural upheaval, the magicians converted to scientists and the witches were burned, persecuted and driven insane. Fairies, tree spirits, angels and ancestors were obliterated. All your pandemic dilemmas: your depression, anxiety, corporate dependence, racism, loneliness and alienation were born.

Within 20 years of the formation of the British East India Company and publication of Harmonice Mundi: 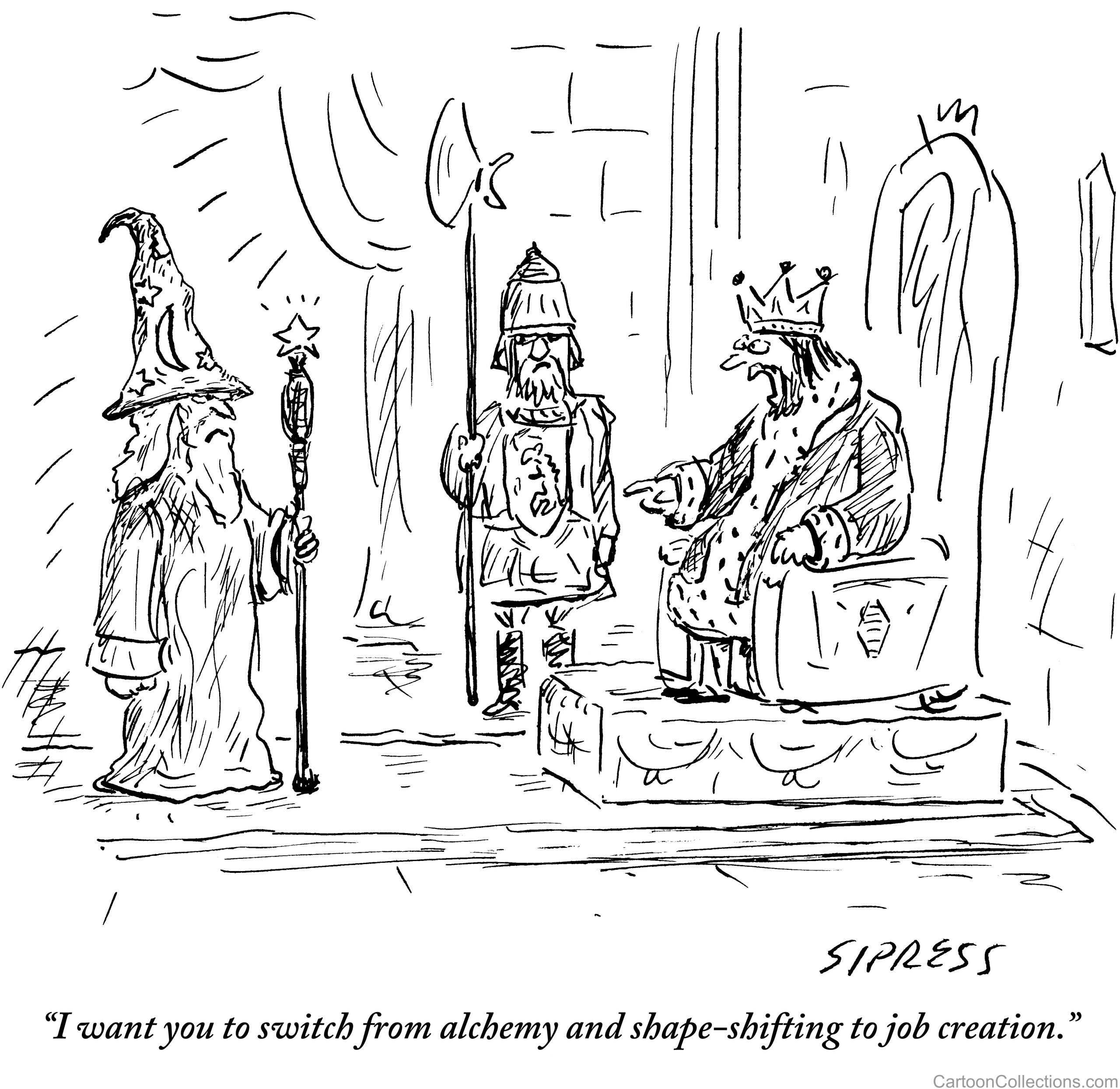 Centuries later, quantum science has falsified scientific materialism and validated the magical universe. Scientific research studies across several disciplines are demonstrating that myths are an esoteric language, magic happens in the mystery and the mind extends far beyond the brain.

This program is designed to support you with making your own contribution to the new century’s call to relearn the truth of the Harmony of the World.

We come together to open the Knowing Field and invite the consciousness that informs, inspires and enlightens humans to reveal glimpses of its magic and mystery. Together, we will:

* Exchange ideas, desires and insights about what we most want for ourselves, our relationships, our work and our impact in community.

* Create a game plan for how to use the disruptions of the pandemic and societal upheaval as a catalyst to advance your life’s positive, forward movement.

* Gather with a global community who share your interests in learning about Constellations, consciousness and the collective fractals that shape experience.

* Receive master-level personal Seeing with Your Heart Constellations from Dan in private sessions. 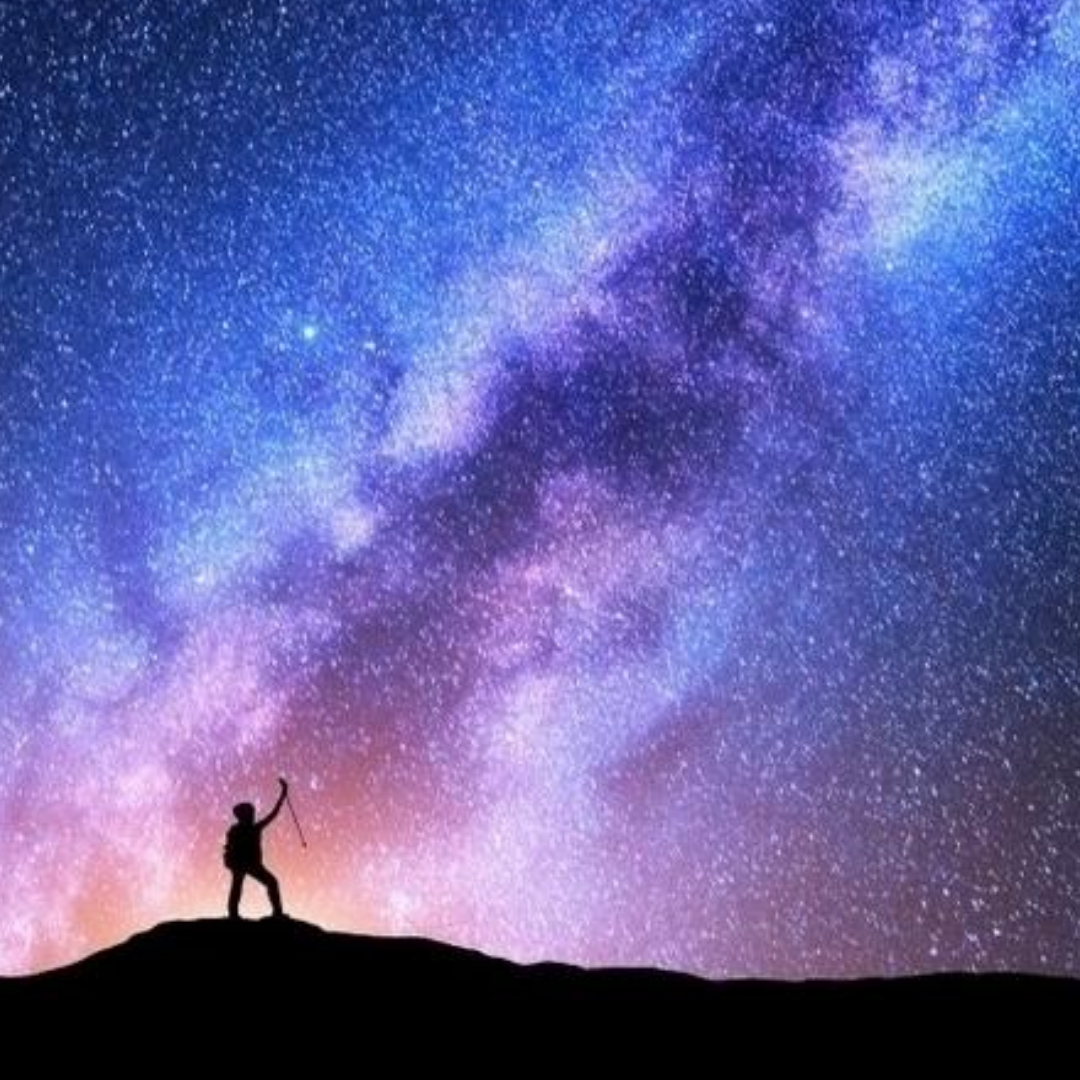 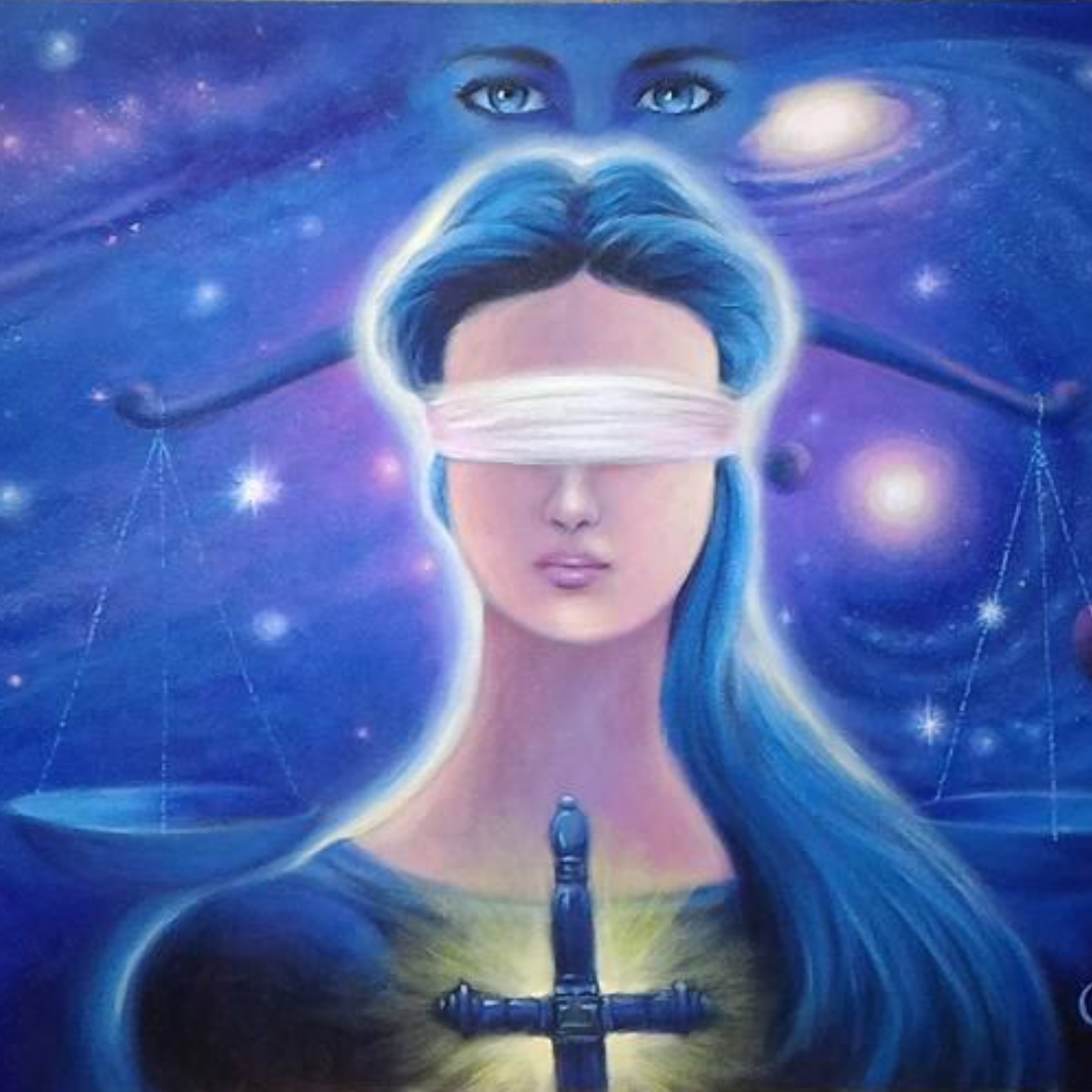 Imagine who you would be, what you could do, and how your life would change if your negative thought patterns, self-sabotaging behavioral and relationship patterns, and the heavy emotions that weigh you down lifted off your shoulders and didn’t return.

Your generational healing work with Dan Cohen will trace the deep roots of inherited trauma that interfere with your living as the fullest expression of your being. Centuries of war, poverty, abuse, addiction, violence, alienation and loneliness are coded into your genes. Your Constellations will identify and release them.

Seeing with Your Heart Constellations tap into ordinary, ancestral and spiritual dimensions of consciousness. This profound experiential process illuminates and clears your invisible loyalty to suffering, allowing your heart to open to nourishment from the strongest resources for life’s flourishing.

Whether you are breaking ground on the project of a lifetime, growing your business or refining your skills as a therapist, healer or facilitator, integrating real magic into life will be a big advantage in the post-pandemic economy. Your Constellations will show you how to align your life with the mysterious forces that guide human systems.

All Individual Constellation Intensives are conducted via Zoom or phone.

Over the course of 3 months, we will gather as a group for three consecutive weeks with Dan Cohen, PhD, then use the fourth week for a Seeing with Your Heart Workshop with Dan and Emily Blefeld, Co-Founder of Seeing with Your Heart.  All thirteen group gatherings will include interactive training on the principles of Constellations and instructions for how to use the magic of the Knowing Field in everyday life. We will have breakout rooms where everyone can do their own piece of work and represent for others. Finally, in each gathering we will set up a full group Constellation and dive deep into collective themes that impact societal, culture, philosophical, political or environmental questions of the day.

3 Seeing with Your Heart Workshops on Collective or Archetypal Themes Alive in the Group with Dan Cohen, PhD & Emily Blefeld, LICSW

Seeing with Your Heart means accessing your body’s evolutionary capacity to perceive and integrate the ordinary, ancestral and spiritual dimensions of consciousness that are at the core of what it means to be human. The emerging science of human consciousness reveals that many of our inner disturbances are inherited through ancestral and collective trauma.

In these transformational workshops, Dan and Emily will guide you through hidden pathways of the heart to access the depths of human existence and the most deeply embedded patterns rooted in the sorrows and suffering of past generations. In their unique process, you will gain an embodied connection with resources that will infuse life with magic, understanding and deeper feelings of ease, flow, love, and abundance.  Each workshop will be customized to align with the collective and archetypal themes alive in the group.

Click Here to Schedule a Free Discovery Call with Dan
THIS PROGRAM IS FULL, PLEASE BOOK A CONSULTATION FOR THE NEXT ROUND
—THE FACILITATORS — 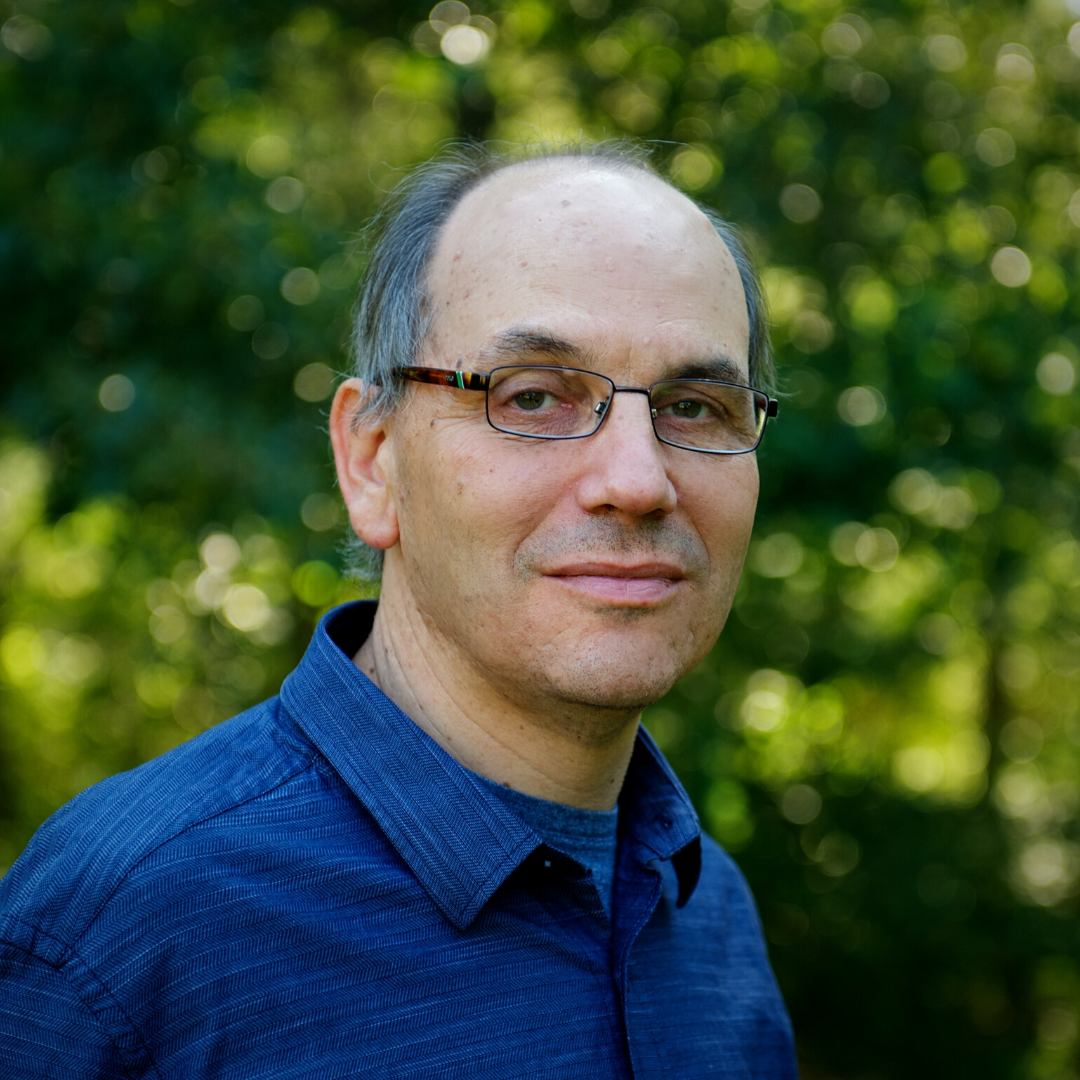 Dan Cohen, PhD, co-founder of Seeing with Your Heart, specializes in helping individuals, couples and families heal the effects of inherited trauma and fulfill their desires for having more love and deeper impact in their lives. Combining a near-encyclopedic knowledge of world history, mythology and culture with an uncanny psychic awareness, Dan offers clients profound and transformative healing while expanding understanding and restoring peace of mind. Prior to obtaining a PhD in psychology and training with Bert Hellinger as a Constellations facilitator, Dan was internationally known for his work in violence prevention and conflict resolution. Since 2000, he has become a leading voice for incorporating personal, ancestral and spirit consciousness into therapeutic practices. Dan holds a PhD in psychology from Saybrook University and an MBA from Boston University. He is author of I Carry Your Heart in My Heart: Family Constellations in Prison and numerous scholarly articles and book chapters. Dan has led Seeing with Your Heart workshops and training courses in 18 countries in Europe, Asia, Australia/New Zealand, South America and throughout the United States. 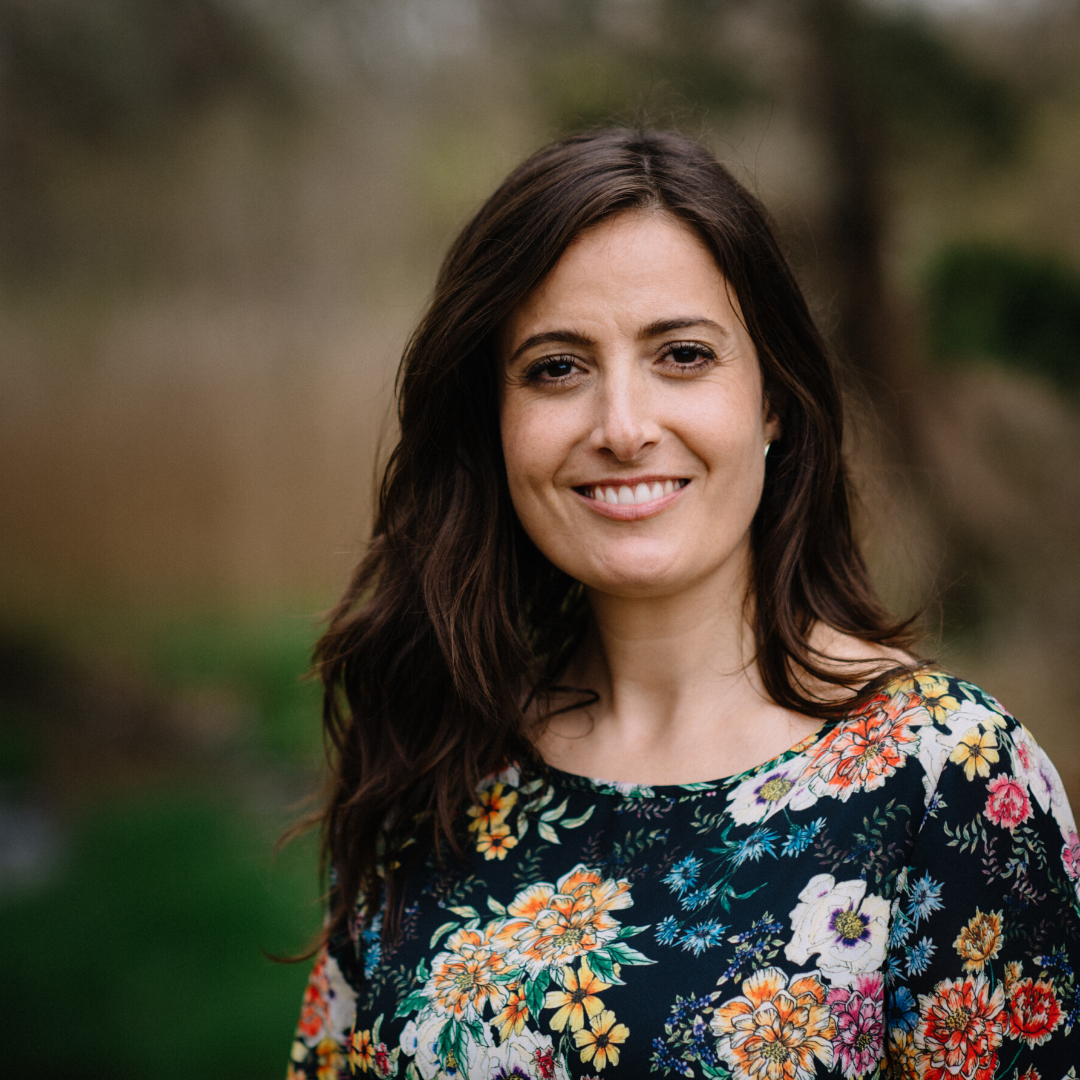 Emily Blefeld, LICSW,  co-founder of Seeing with Your Heart, is internationally known as a trainer, Systemic Family Constellations facilitator, and psychotherapist. She specializes in supporting change-agents, visionaries and entrepreneurs to dismantle the old paradigms, outdated narratives, and ancient codes that hold them back and open to the full expression of their life’s purpose and soul’s path.  Her intuitive gift of sight and knowledge of the hidden pathways of consciousness help clients trace inherited family and soul trauma through multiple generations or incarnations to release the burdens and blocks that interfere with living their truth, expressing their love, and embodying their passion.

Drawing from over two decades of experience and training, she combines expert psychotherapy, coaching and mentoring with Constellations and practical rituals to help free clients from the traps of limiting beliefs, patterns and habits. Emily holds a Masters of Social Work and is certified in multiple therapeutic modalities including Systemic Family Constellations, Compassionate Spirit Release, ADHD treatment, Core Energetics, Women’s Mystery Traditions, etc. In addition to her private practice, she regularly travels throughout the US and internationally, including presenting training and workshops in Ireland, Scotland, Norway, Sweden, Hawaii, Hungary, New Zealand, Australia, Canada and Brazil.

Click Here to Schedule a Free Discovery Call with Dan
THIS PROGRAM IS FULL, BOOK A CONSULTATION FOR THE NEXT ROUND