2020: Bungeed Between Elation and Collapse

The beginning of 2020 – the best decade ever and year of clear vision – started off inauspiciously with an atomic inferno ravaging the southeast coast of Australia and the emotionally unstable President of the United States ordering a political assassination of a high-ranking Iranian diplomat. Within the first 48 hours of the new year, you may have felt yourself bungeed between the elation of new beginnings and the collapse into fear, despair, or anger. Perhaps you lost a loved-one through death, conflict or breakup in 2019 and the turn of the calendar signals that your grief continues and your life goes on. Or maybe you are celebrating the manifestation of an important goal and reaping the benefits in 2020. Whether you are collectively connected with the world’s happenings or navigating the highs and lows of ordinary life, many of us find the turn of a year a great time to reflect on the years’ accomplishments and sorrows, while seeding new intentions from the desire that rises up in our hearts.

Dan and Emily closed 2019 with a trip to Brazil and the seeding of a new book project. At the invitation of Gil Thomé and Gianeh Borges, two Family Constellation facilitators and trainers, Dan and Emily presented at a 1-day legal symposium on the topic of Systemic Law, followed by a 3-day Seeing with Your Heart workshop on the theme of Love and Relationships.

Our trip to Cuiabá far exceeded our expectations and those of our hosts. Not only did we learn much about how Systemic Law is being applied in courts throughout Brazil (largely inspired by Dan’s Book, I Carry Your Heart in My Heart: Family Constellations in Prison), we spent 3 full days doing deep-dive Seeing with Your Heart Constellations and exercises with a passionate roomful of over 50 Brazilians.

We opened the workshop with a meditation and exercise to open the heart, welcome the ancestors who joined our circle, and connect to a collective field of desire, sexuality, and love that is unique to Brazil. We have now presented our work in 10 countries around the world. In many of them, especially those of North America and Northern Europe, desire is often a frozen quality yearning for a thawing heat. In Brazil, the gates of desire fluidly open to the beauty of love.

We are all the recipients of life from those who came before. Their memories, grief, joys, traumas and even desires outlive their bodies and remain actively engaged with their descendants. To understand the perplexing patterns and obstacles that vex our lives, we need to open to a systemic perspective of how our minds work.

For our first full Seeing with Your Heart Constellation we asked people in the audience to raise their hands if they were ready to work. Keeping their hands raised, we breathed, taking in what we saw and felt with the heart. Seeking to intuit whose constellation could serve the group as a whole in the best way, we choose a woman on the opposite side of the circle from us. We later learned from our organizers that she was an established Constellator, of the first to bring Constellations to Cuiaba. We invited her to sit beside us and asked for her intention and the issue she wished to look at with different eyes.

“I am feeling a deep pain in my heart today. I had a very difficult childhood after my father abandoned us. I never saw him again until 30 years later. I haven’t been able to stay in a marriage. Now, I see my son repeating the pattern. There’s such a deep pain, as if I am feeling my mother’s grief and sorrow again and again. I want to feel love in my heart, not only pain.”

This Constellation took the representatives back to the generation that immigrated to Brazil after the first World War. Her family had escaped from Germany, leaving behind grandparents and great grandparents in the smoldering ruins of Europe’s deadliest conflict. The trauma of war and loss continues for generations after the carnage on the battlefields had subsided. When the woman’s father’s representative turned back towards his parents and grandparents, the entire room perceived the enormity of his loss and the pain in his heart.

The alchemy of Constellations allowed the consciousness of the ancestors who were haunting the living – the countless soldiers and civilians whose lands and lives had been torn apart – to be held by the larger consciousness of life that endlessly creates order and chaos. The father’s European lineage was mourned for what they lost and honored for what they birthed. At the end of the process, the woman was smiling broadly and reported feeling like the pain in her heart, that she had carried for her father, and son had carried as well, had lifted.

Another Constellation was for a woman who told us:

“I would like to connect with my sexuality. It has a lot of strength and force for me and I fear this. There have been dynamics in my sexual relationships that caused me pain, fear, and a feeling of lack of dignity. There is a lack of permission to live my sexuality freely as I know I can.”

From the interview, our tune-in and walking of her field, we felt that most of the parental couples in her lineage had infidelity in their marriages. The women were confined to their homes raising the children, while the men indulged with affairs, mistresses or prostitutes. In turn, many wives and mothers also found a place in their lives for side-relationships. Against the backdrop of Brazilian Catholicism which holds marriage sanctimoniously and condemns adultery and promiscuity as cardinal sins, the emotional landscape of marriage becomes shame-filled and often violent.

We placed representatives for her extended family system and added others who were invited to pair up as their outside-marriage partners. A representative who was brought in as “Evil” took on a serpent-like quality. She slithered amongst the array of relatives and ancestors like a seductress or an energizer of tantric kundalini.

Through a series of seemingly random acts, our intentional object table at the front of the room had a sculpted wooden tree with a fresh apple sitting atop it. Part of the creativity of Seeing with Your Heart Constellations is our use of mythic images, phrases, songs, poems that arise spontaneously in the field. In this case, we had a representative for Evil who was moving like an orgasmic kundalini serpent and an adorned tree that could serve poetically as the “Tree of the Knowledge of Good and Evil” from Genesis. In the weaving of personal stories, family history and mythic archetypes, we can create Constellations of liberation that release ancestral entanglements and reveal the deeper cultural fractals.

The depiction of Eve as the seductress, as the member of the weaker sex, as the submissive wife to her husband, Adam, is a fractal that sets the parameters for sexual virtue and sexual sin. In the morality of civilized sexuality, pleasure is the great taboo. Yet in the physiology of human evolution it is the great gift.

There is a huge reservoir of undigested pain carried by the generations of prostitutes, mistresses, wives and daughters of the fathers and husbands who enforced female chastity while enjoying their own perversions. Many women in the room felt their own histories of the shame of promiscuity, the secret losses of abortion and the pain of separation activate their bodies. The Constellation gave a place for all their ancestors to be represented and their service to life acknowledged and honored.

So it went for 3 days. We taught the Seeing with Your Heart perspective, responded to questions, created group Constellations for each participant to find their own entanglements, resources and healing movements, and several with several epic Constellations for individuals and couples.

We were so excited about the experience and growth in Brazil, that we have decided to bring the workshop back home to the states and offer it on Valentine’s Day/President’s Day weekend. If you feel ready to stoke the fires of love, desire, sexuality, and relationships in your own life and seed your intentions for 2020, join us for a three-day Seeing with Your Heart experience on Saturday, 2/15 through Monday, 2/17/2020. 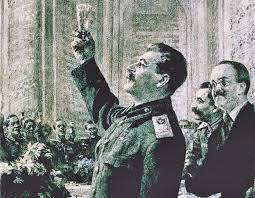 Putin, The Father of Neurology, the Hanged Harlot Who Came Back to Life, and the Magical Bean

“I am convinced that Constellation Work, with its systemic worldview and the gift of the opportunity to stand as a representative in a constellation, is 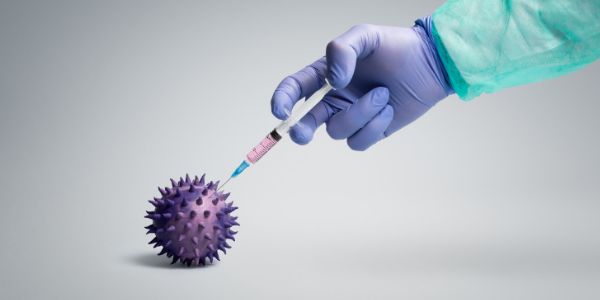 “When caught between two impossible choices, always pick the third.” ~ Arab saying “If we are anti-something, we are setting up a polarity and a reason 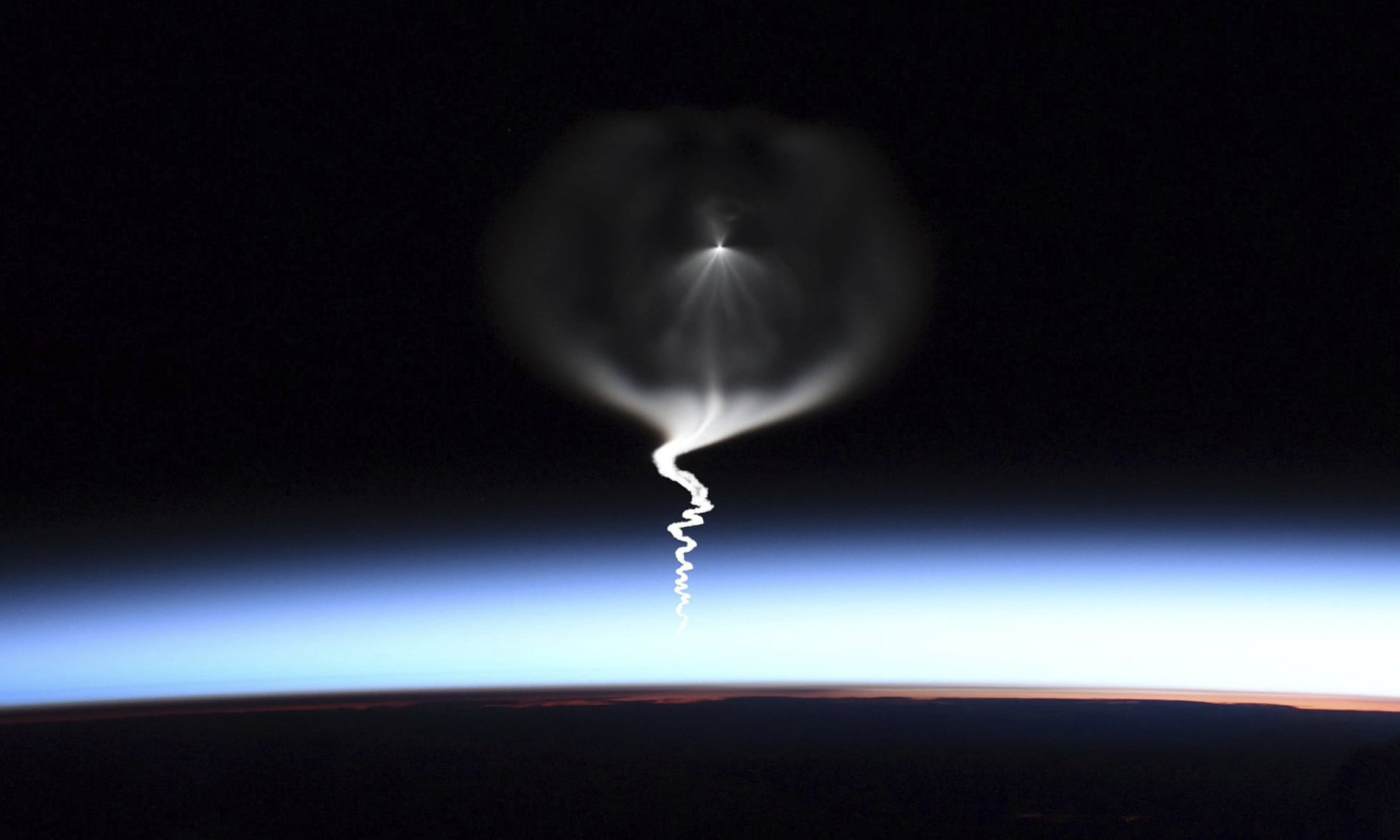 Suspended Between Gravity and Light

Newsletter below, but quick announcement first…. In the next couple months, Dan and Emily are offering another round of their Science, Myth, Magic, & Mystery and